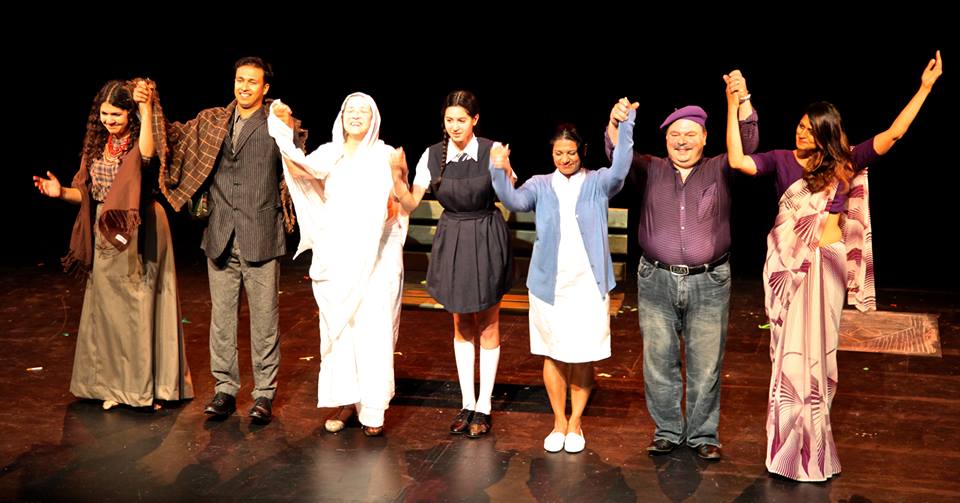 After performing 10 shows at the Factory Mainspace, It’s curtain call for Rukmini’s Gold, winner of this year’s Fringe new-play competition! Rishma Malik Scott played a 1960’s mother and wife in a heartbreaking goodbye scene in which her character Rita is on the verge of a lifelong seperation from her husband because life in Africa has become too dangerous so she must flee.

Rita must travel with her forceful mother in law with whom she has some confrontation with and will follow her husband’s wishes. We bid farewell to the sprawling comedy/drama that deftly tracks the 20th-century South Asian diaspora through a series of episodes set at different train stations in India, the U.K., and Toronto.

Smiling Like Kids at the Sinking Ship Party
Scroll to top